Photo: The Impact of Extreme Weather in England (UK) on End of December 2010

Posted on 30/12/2010 by Anak Petani
Weather extremes are still plagued England. Country’s economy is expected to suffer a loss of about 1.5 billion pounds due to the freezing cold temperatures. Snow storms and freezing temperatures have caused travel chaos and disruption in production and distribution process. Costs rose 50 percent reported higher than normal winter and the merchants are desperate bid has given a big discount in order to reduce losses.

The cold weather is here and causing tens of thousands of passengers stranded on planes remain the major airports, many of them huddled in tents outside the terminal building at Heathrow.

England (UK) and its impact. 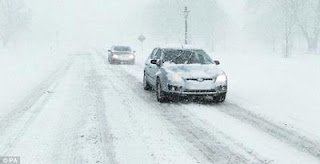 The snow cover throughout the UK. Deep snow made travel hampered vehicle 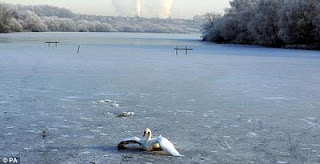 A goose struggling to escape from the ice on the frozen lake at Fairburn Ings Bird Sanctuary near Castleford
This entry was posted in Hot News. Bookmark the permalink.