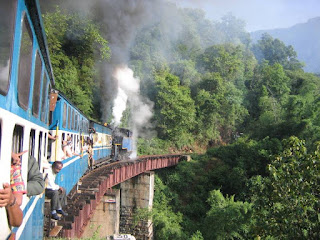 The NMR has a gauge of 1000 mm, but no connection to other narrow-gauge railways.

The Nilgiri Mountain Railway is one of the oldest mountain railways in India. It was already planned since 1845, and made ​​in 1899 by the British the plans of the Swiss Niklaus Riggenbach finished. It was originally administered by the Madras Railway Company. 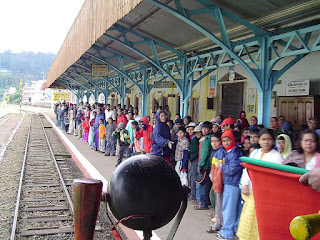 The railway is now one of only a few still operated by steam locomotives railroads. The Palghat district of the Indian Railways, which is now responsible for the NMR runs, an annual loss of 40 million rupees. During the celebrations of the centenary of Nilgiri Mountain Railway in 1999 announced by the then Railway Minister Nitish Kumar, said that the track would soon be electrified. In July 2005, UNESCO adopted the NMR as part of the World Heritage mountain railways in India to the list of world cultural heritage, after they met the requirements. Therefore, the modernization plans were abandoned.