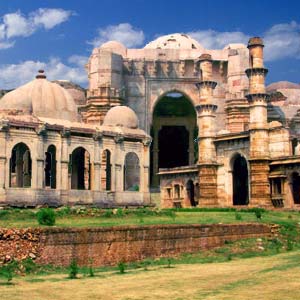 The Champaner-Pavagadh Archaeological Park is a since 2004 by UNESCO as a World Heritage classified archaeological park in Panchmahal district in Gujarat state in India.

It is a still largely excavated early Hindu city. It includes not only remnants of the former capital of Gujarat from the 16th Century hill fortress of an early Hindu capital, and fortifications, religious buildings, palaces and buildings dating from the 8th to 14 Century. Also located on the hill Pavadagh Kalikamata temple complex belongs to the park.