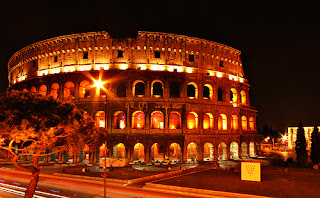 Tourist Attraction Colosseum in Rome which is usually open during the day now tourists can enjoy a walk in the ancient arena at night, but in a limited time.

Roman officials, as quoted on Friday (6 / 8), announced that during the seven-day Saturday, starting from 21 August, tourists can follow the tour of the Colosseum began at 21:00 local time until midnight. Tour with a maximum capacity of 40 people will be guided by an archaeologist and tourist nights this year also will offer the Caracalla baths as part of a package tour.