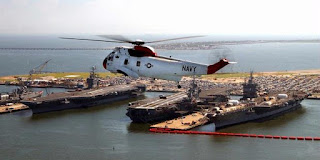 Japan prohibits flying below the zone radius of 30 kilometers above Fukushima. This ban, as quoted by Kyodo news agency, deals with the leakage of nuclear power plant in Fukushima. Tokyo warned about the dangers of radiation.

Japanese Scientists today also met in Tokyo to discuss the prevention of radiation to the city. Radiation detected already arrived in Tokyo. Concerns increased after the nuclear disaster to an increase in radiation levels around the plant after the explosions that occurred at the complex. Some officials and workers have been out complex within a radius of 30 kilometers.

Until now there has been obvious damage and impact. Jennex suspect the two problems that may occur: water leakage or leaking valve. Valvular leakage will be better because it’s easier to fix than the leakage of water.

Japan’s nuclear crisis is feared continued to deteriorate compared to the Ukrainian nuclear disaster of 1986. This event is better known as the Chernobyl disaster.

Neighboring countries will be the first to sound the alarm as a result of radioactive leaks at the Chernobyl incident. In the case of Japan, the radioactive impact will likely reach South Korea, China and Russia.