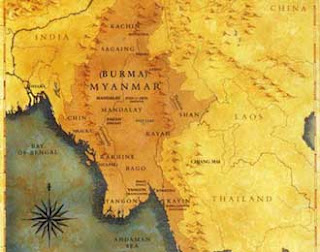 The earthquake struck Thailand, Myanmar, Laos and Vietnam on Thursday, March 24, 2011 night. An earthquake measuring 6.8 on the Richter scale that rocked Myanmar, northern Thailand near the border. This earthquake resulted in one person in Thailand died.

Eyewitnesses claim to earthquake shocks felt in Bangkok, central Myanmar, and even cause panic in the city of Hanoi, Vietnam, so many tall buildings to evacuate.

Thailand, felt the strong earthquake that, although not yet reported on damage to buildings in the area.

While in Myanmar, the earthquake was also felt in Tachilek, a city adjacent to Chiang Rai. Many motorcycle parked at the curb, it collapsed due to earthquake shocks.