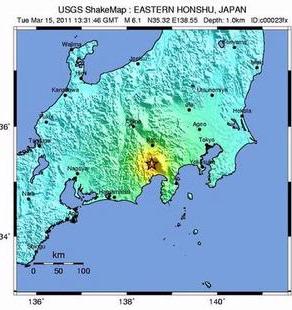 Felt strong tremors were reported to Tokyo, a distance of 115 km to the north. Not yet unknown impact of the earthquake. However, so far there has been no significant damage reported in the Shizuoka area.

Although very strong and centered on land, the earthquake was reported not to damage public facilities. NHK reported that TEPCO (Tokyo Electric Power Company), which operates nuclear power plants to ensure a nuclear reactor in Hamaoka, Shizuoka is still working normally. so did several other plants.